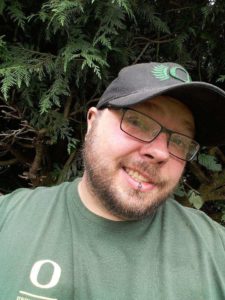 As a single father of three children with a single income, the union matters to me and is why I am not only an active dues-paying member, but also a steward for all union members and non-union members alike.

I started out working here as a temp and was able to get hired full time as a Trades Maintenance Worker 1. I come to work every day for the last four years loving my job and loving the university.

I didn’t have an understanding of what the union was until I started going to the general membership meeting on the second Wednesday of every month. That’s when I began to understand that I have a voice in my work life and what the union does for me and my family.

This would not have been possible in a non-union job. I was doing more work than I was getting paid for, but with the fair contract and the union’s dedication I was able to move up and get myself where I should be.

Thank you SEIU For having my back!